Phage therapy is the therapeutic use of lytic bacteriophages to treat pathogenic bacterial infections especially multiple antibiotic-resistant bacteria infections. Creative Biolabs has accumulated a lot of experience in phage therapy area, and provides one-stop services for the development of best-in-class phage therapy.

Phages are the natural enemies of bacteria. They only attack bacteria and are harmless to people, animals, and plants. Utilizing this property of phage, phage therapy is proposed to treat bacterial infections. The first use of phage therapy traces back to almost a century ago, which is earlier than antibiotics application. Phage therapy has received relatively little attention due to the powerful antibacterial effects of antibiotics. But with the rapid emergence of multiple antibiotic-resistant (or multidrug-resistant, MDR) bacteria, there is renewed interest in using phages as therapeutic agents. 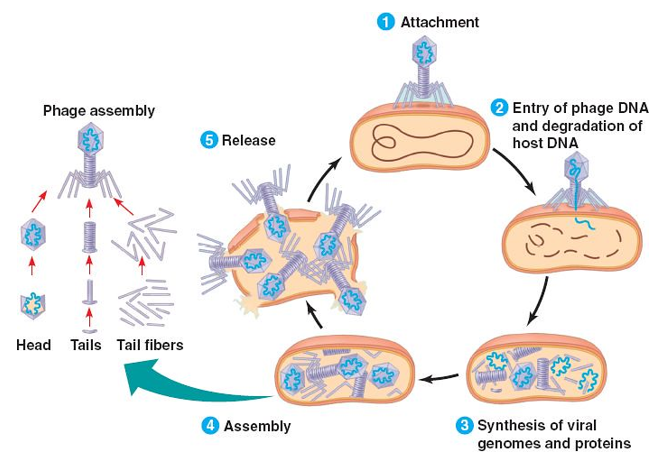 Monophage therapy refers to the use of a single phage type as therapeutic agent. It is primarily used for development of phage therapy experimental models, as proof of concept during the design and testing of phage preparations. The disadvantages of monophage therapy are that it requires precise matching between the pathogen and the phage.

Virion-associated peptidoglycan hydrolases (VAPGH) and polysaccharide depolymerases are two groups of proteins that are required during phage adsorption to the host and ejection of its genome. VAPGH on the phage base plate can locally degrade bacterial peptidoglycan layer, accelerating the ejection of phage genome into the host. Polysaccharide depolymerases can specifically degrade the polysaccharide components of bacterial cell envelope, even the biofilms. These enzymes help to phage adsorption, invasion, and disintegrating to the host bacteria. In view of the special functions of these phage-derived proteins, they can be explored and developed into novel antibiotics, adjuvants for antibiotics, and bacterial biofilm disruptants.

Phages can be genetically engineered into therapeutic agents by incorporating dominant sensitive genes of reversing antibiotic resistance or antibiotic genes into phage genome. And engineered phages can deliver therapeutic agents into target bacterial cells. Besides, phages can be also genetically modified to have a broader therapeutic potential, including expanding its host range, changing host tropism, and modification of phage capsids. 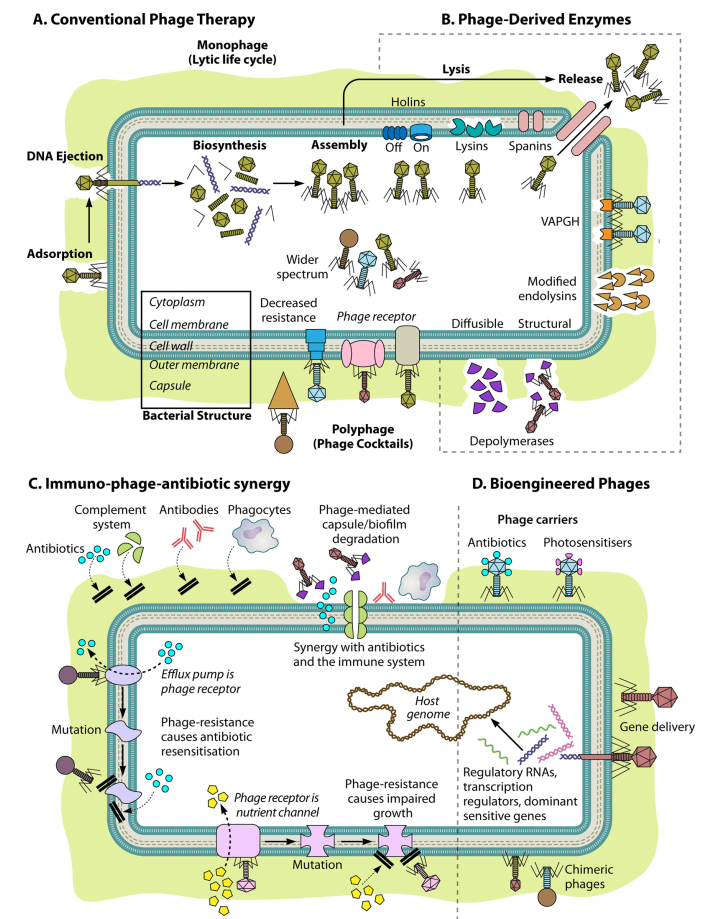 Creative Biolabs is an outstanding biopharmaceutical company that is engaged in exploring effective and safe treatments to improve human health. We have organized a staff of scientists with extensive experience and expertise in the research of phage therapy and are committed to providing best-in-class, one-stop services for global clients. Our service portfolio includes: