Based on years of research experience in phage-based therapy development and first-in-class technologies, Creative Biolabs has successfully provided a wide range of in vitro services for the determination of lytic activity and other associated services for the development of phage-based therapies, enabling clients to design and screen the optimal phages on our platform to maximize antimicrobial efficacy. With the support of our scientists, monophage therapies, phage cocktails, phage-derived protein therapies, and phage-antibiotic combined therapies, will be developed and applied in place of traditional antibiotics in human health, animal health, agriculture, and the food industry.

When constructing a phage library, it is preferable to collect phages that show high lytic activity against many bacterial strains. Therefore, in vitro phage lytic activity determination is of vital importance to screening appropriate phages, which reduces trial-and-error costs. The formation of plaques varies according to the phage latent period, burst size, diffusion rate, and host bacterial growth, as a result of multiple rounds of infection, lysis, and release of progeny after phage treatment of the bacteria, all of those parameters eventually showing up as different plaque sizes and visibility. Therefore, the plaque formation assays are ideally used to determine the phage lytic activity. 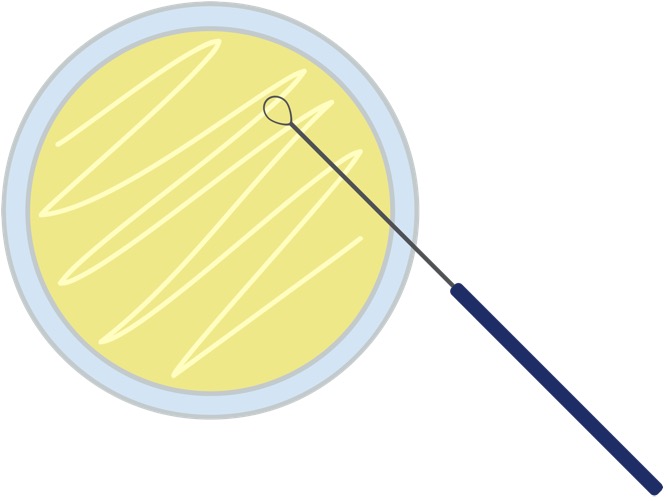 Spot test assay uses single dilution of the phage lysate spotted on a film of bacteria growing in a conventional culture plate of a microtiter plate. It can be used to screen large numbers of phages, but often overestimate the overall lytic activity of phages. Although the spot test can broadly demonstrate the ability of phage to lyse certain bacteria, it contains a large range of hosts and is not suitable for testing the ability of phage to lyse specific bacteria.

The efficiency of plating (EOP) assay uses multiple dilutions on single plates DAL, which measures the titer of phage progeny from a particular phage infecting a bacterial strain. The lytic activity of a phage depends on its burst size and host range, EOP assay shows the ability to screen phages with better burst size, host range, and other lytic parameters. As the host range studies employ many bacterial strains, the reproducible, more easily automated, and less costly EOP assay is often preferred.

Fig.2 Scheme depicting the chain of methods from phage isolation to study of compliance for phage treatment with in vitro activity evaluations. (Glonti,2022)