Creative Biolabs is a well-recognized leader in the field of phage engineering. Based on our advanced phage engineering technology, our scientists are specialized in phage labeling. We are confident in offering the best services upon request.

With subsets of detection assays developing far beyond the prototype stage and into commercial applications, it is clear that phages can serve as powerful sensor technologies for defined bacterial targets. The detection of bacterial targets by phages can utilize phages that have been genetically modified to perform a specific detection task.

One method for visualizing a phage is to fluorescently label its nucleic acid genome. The process of fluorescent labeling is fairly straightforward and can be accomplished with many commercially available dyes. When inside the phage capsid, the fluorescently tagged genome can be detected by epifluorescence microscopy or flow cytometry. However, phage attachment to a host cell can be nonspecific, leading to false-positive labeling. To lessen false-positive signaling, the fluorescently tagged genome can also be visualized upon host injection. After binding, the phage will inject its fluorescently labeled nucleic acid into the bacterial host, endowing it with a fluorescent phenotype. 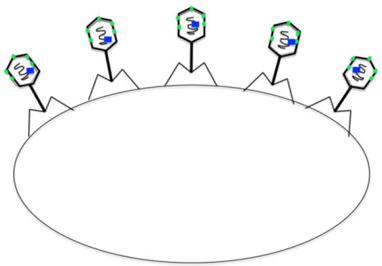 Fig.1 Fluorescent labeling of bacteriophage nucleic
acid or phage head or tail components can function
as a visual tag to outline and identify the bacterial cell
for which the phage is host-specific. (Smartt, 2012)

Fluorescent tagging of phages for the detection of bacterial targets can also be accomplished using phage components. A promising example uses fluorescently labeled endolysin cell wall binding domains (CBDs). Endolysins are produced by newly formed progeny phages inside the host cell. Their function is to weaken the cell wall, eventually rupturing the release of the phage. Phage tail fibers have also been used to capture and identify bacterial targets. Many phages use their tailspike proteins to recognize and bind to receptors on the host cell surface. By removing these tailspike proteins from the intact phage, one can create small protein probes for capturing and tagging bacteria. Besides phage tails, phage heads or capsids, can serve as fluorescent tagging mechanisms for biological targets. Pilot studies have shown that T4 phage heads can bind to and enter eukaryotic cells, and their fluorescent labeling may be an avenue towards the detection of specific human cells, including cancer cells.

The tetracysteine gene (about 36 bp) is spliced to a coat protein gene within the phage genome. If there are bacteria sensitive to the engineered phage, a productive infection will occur and progeny phages displaying the tetracysteine tag on their surface will be produced. A biarsenical dye is added and then detected by epifluorescence microscopy or flow cytometry.

With years of research and development experience in phage engineering, Creative Biolabs has owned a group of scientists who have a distinguished understanding of phage genome. Our scientists have successfully engineered several different phages each with a different label. We also have developed highly sensitive methods for the detection of different pathogens within single samples. Through our efficient and effective system, clients could accelerate their research with reducing project costs and timelines.

Key Advantages Including but Not Limited to:

If you are interested in this service, please contact us for more information and a detailed quote.