Creative Biolabs is a world-leading innovative biotechnology company that has been at the forefront of phage lysin research for decades. With extensive experience and an advanced platform, we specialize in custom lysins development services tailored to your specific needs. Our vision is to provide reasonable solutions and one-stop services to help global customers make breakthroughs in the lysin field.

In recent years, phage-derived lysins have gradually emerged as novel anti-infective drugs. They represent highly evolved enzymes for cleaving fundamental bonds in bacterial cell wall peptidoglycan to release phage progeny. Endolysins and exolysins are the two major lysinases. At the end of phage replication, endolysin is expressed to break down the peptidoglycan of the cell wall. Ectolysins break down peptidoglycan on the outside of bacteria during phage DNA invasion. Furthermore, lysins can act synergistically with antibiotics by resensitizing bacteria to insensitive antibiotics. Lysins have emerged as attractive clinical candidates due to their rapid bactericidal action, low drug resistance, and variable virulence. 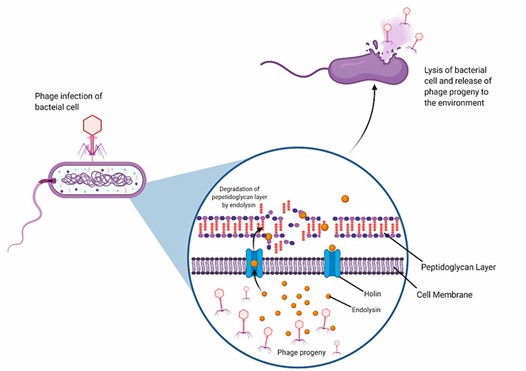 Phage lysins possess many key antimicrobial properties. They have a rapid killing effect on bacteria, and they can specifically target the target pathogen so that the normal microbiome can be preserved. In addition, they can act synergistically with other lysins or antibiotics and thus have a low tendency to develop resistance. Importantly, lysins are effective against colonizing pathogens that grow on mucosal surfaces and in biofilms. Therefore, lysins may offer new perspectives for antimicrobial therapy in the context of increasing antibiotic resistance.

At Creative Biolabs, our dedicated scientists focus on launching a range of lysins that selectively target the greatest drug-resistant bacterial threats. We employed bioinformatics and metagenomic-based techniques to identify and clone phage lysins from multiple sources. Our scientists have also further optimized lysins for their intended therapeutic use. We can provide a variety of options, including but not limited to:

The potential of lysins in combating antibiotic resistance has become apparent in recent years. Based on many characteristics, lysins have been proposed as a promising alternative to novel antimicrobial agents. As a reputable innovative biological company, Creative Biolabs has established a well-established platform for lysin discovery. Our experienced scientists are committed to providing customized development services according to your project needs. Please contact us in time for more information and detailed quotation.