In the years spent in the research of phage-based applications, Creative Biolabs has acquired solid know-how in the field of in phage-based tools for pathogen detection. Our skilled experts have been established an unparalleled unmodified bacteriophages platform which includes phage typing, phage amplification, phage-mediated electrochemical-based methods, surfaces plasmon resonance-based sensor, and adenylate kinase techniques. These techniques are optimal for detection of interactions between phage and host bacteria.

Non-engineered or natural unmodified bacteriophages can be used as bacterial sensing agents, which are widely applied for detection of pathogenic bacteria in combination with appropriate innovative detector platforms. It is well known that the natural infection cycle of phages consists of attachment to the host cell, penetration to inject nucleic acid, biosynthesis of proteins and nucleic acids, virion assembly to form the phage progeny, and host cell lysis as well as release of phage progeny. In a pathogen detection assay, non-engineered phages are used to detect the occurrence of selected steps within this infection cycle, some detective methods are designed to monitor the results of infection events, thus identifying target bacteria via the recognition of productive phage/host infections. Here are several methods for the detection of infection events:

This method is designed to monitor the formation of plaque when phage infection occurs. 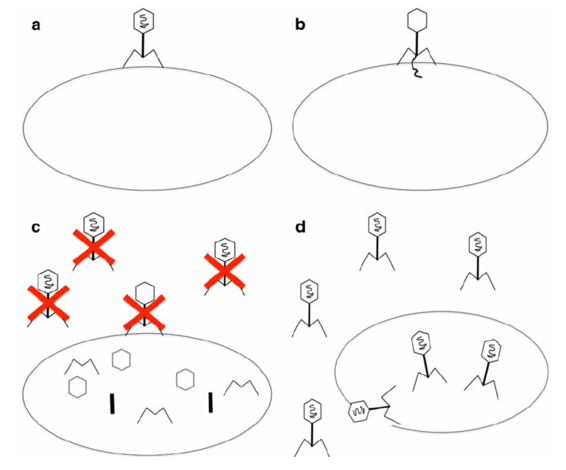 Fig.2 Phage amplification resulting from the release of progeny phages after a productive phage/host infection event can be used to identify desired bacterial targets. (Smartt, 2012)

Electrochemical-based methods are applied for detection of the changes of potential, current, or conductivity in culture solution due to phage-mediated cell lysis.

The changes in refractive index at the interface due to phage specific host bacteria binding can be monitored by surface plasmon resonance (SPR)-based sensor.

This assay is to detect the activity of adenylate kinase, a critical intracellular enzyme that directly the conversion of ADP to ATP and AMP. When host cells lyse due to the phage infection, adenylate kinase will be released from host cells.

Non-engineered bacteriophages are powerful label-free bacterial sensors which are applied for pathogen detection when combining with appropriate innovative detector platforms. By taking advantages of bacteriophages, Creative Biolabs is capable of offering comprehensive solutions for your project related to phage-based vaccine, therapy, and pathogen detection. According to your special requirement, we can provide personalized solutions to facilitate your success. If you are interested in our service list, please don't hesitate to contact us for more details.