Creative Biolabs has established a first-class platform with rich experience in the field of phage lysin engineering. Due to the growing number of multidrug resistant pathogens, the development of novel drugs to combat antimicrobial resistance is critical. Phage lysins are specific peptidoglycan hydrolases that usually kill only the bacterial species infected by the encoding bacteriophage. The modular structure of lysins allows phage lysins to be modified as desired. Bioengineered phage lysins have the advantage of higher activity, as well as a broader killing range, which can be applied exogenously to multidrug resistant Gram-positive bacteria, rapidly hydrolyzing the peptidoglycan layer, leading to cell lysis and bacterial death. Therefore, engineered phage lysins act as emerging powerful enzybiotics against antimicrobial resistance. Creative Biolabs has a team of professional scientists and an advanced technology platform to provide you with comprehensive support for your phage lysin bioengineering projects.

The modular structure of lysin is composed of at least two domains, including an N-terminal catalytic domain (CD) for enzymatic hydrolysis and a C-terminal cell wall binding domain (CBD) for substrate recognition. Due to the independence between the CD and CBD, multiple bioengineering strategies of phage lysin, including mutagenesis and protein truncation, domain shuffling, or fusion with other molecules, could empower the lysins with novel characteristics.

Random mutagenesis, site-directed mutagenesis through computational modeling, and protein truncation are used to modify the lysin and its properties, including antibacterial activity, specificity, CBD dependence, plasma half-life, and thermostability. The net charge changes of CD from negative to positive by mutagenesis and truncation of the lysin to remove the CBD led to increased lytic activity of lysin against negatively charged (lipo) teichoic acids in the cell wall of gram-positive bacteria without dependence on CBD, allowing for a broader catalytic spectrum and with reduced specificity. By introducing a cysteine residue to form an intermolecular disulfide bond, the lysin dimer is constructed with higher lytic activity and a longer serum half-life. Site-directed mutagenesis through computational modeling is a more efficient way of changing lysin properties, such as thermostability.

Fusion of an albumin-binding domain (ABD) with a phage lysin protects it from catabolism by using the FcRn pathway, which results in a longer plasma half-life and reduced glomerular filtration of the modified lysin. Fusion of an amidase with the CBD may significantly increase the specific lytic activity.

By fusing the CD of a phage lysin to the CBD of another lysin, the engineered lysin demonstrates enhanced solubility. Bioengineering different CBDs into chimeric phage lysins provides extended recognition and binding properties. The fusion of heterologous phage lysins enhances the catalytic properties of chimeolysins.

PEGylation, glycosylation, and T-cell epitope depletion are three critical modifications to avoid and mask immune responses due to the immunogenicity of phage lysin. PEGylation is an effective way of avoiding immune responses and increasing serum half-life. However, PEGylated phage lysin, formed when polyethylene glycol (PEG) molecules are covalently linked to certain amino acid residues such as cysteine or lysine, possesses substantially reduced antimicrobial activity and affinity. Glycosylation of phage lysin is a post-translational modification, which is used to mask immune response. O-glycosylation occurs on Ser-, Tyr- or Thr-residues of a phage lysin, while N-glycosylation occurs on an Asn residue in an Asn-X-Ser/Thr sequence. The glycosylated phage lysin is more stable and has a longer half-life. The third option is to use algorithms, data transformations, and machine learning approaches to avoid or reduce the presentability of T-cell epitopes in MHC, which allows efficient screening of its potential immunogenicity and maximizes the preservation of its therapeutic efficacy. 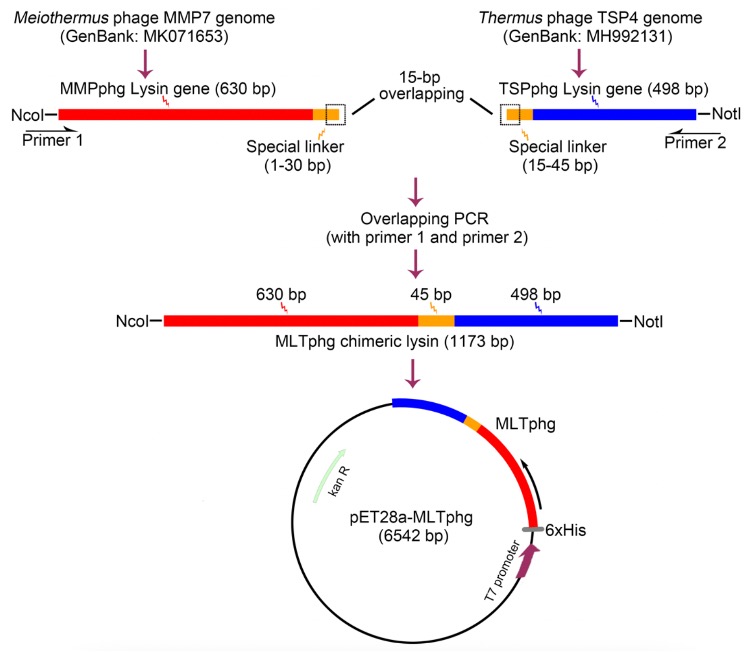 The experienced team at Creative Biolabs is here to assist you with all your questions about engineered phage lysin. In cooperation with you for your phage lysin associated projects, we will give you full technical support, solution design, and timely response to your requirements and questions in Phage Lysin Bioengineering. Please contact us for more information and a detailed quote.