Molecular cloning techniques makes it possible to engineer phage to carry a specific reporter gene, which provides an efficient alternative to native, unaltered phage particles for bacterial detection. Creative Biolabs is a biotechnology company who has rich experience in providing high-quality service in report phage engineering. We offer one-stop solutions to support you in all aspects of your report phage development.

The Background of Reporter Phages

Reporter phage assays are very sensitive as they only detect active and viable cells. Another advantage is that the robustness of the assay and the high specificity of the phage, eliminating the need for lengthy sample preparation or purification. There is a large body of literature focusing on the construction and evaluation of many different reporter phages, such as luciferase reporter phage (LRP), green fluorescent protein (GFP) reporter phage, LacZ reporter phage, Ice nucleation (inaW) reporter phage, CelB reporter phage, etc.

Major advantages of using luciferase genes as reporters are the highly sensitive detection of the bioluminescent signal, and the fact that bioluminescence is practically absent from food samples, resulting in a high signal-to-noise ratio. The first LRP was constructed by the insertion of lux operon into a lambda-based cloning vector in 1987. Nowadays, LRPs are available for a multitude of foodborne pathogens, including E. coli, Salmonella, Listeria, Staphylococcus aureus, and Mycobacterium avium. The luxAB reporter phages were constructed for detection of the potential bioterrorism agents Yersinia pestis and Bacillus anthracis, offering advantages with regard to ease of use, speed, and the possibility of testing multiple samples simultaneously. Another example is luxI reporter phage, which uses one regulatory gene of the bioluminescence cassette of Vibrio fischeri as a reporter gene. luxI reporter phage can be used to detect as few as a single E. coli cell per mL in pure culture with slightly more than 10 h. 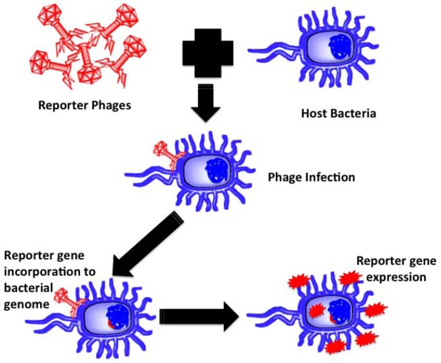 Fig.1 A schematic explaining the underlying principle of
reporter phage-based detection of a pathogen of interest. (Singh, 2013)

The GFP combines many desirable properties such as high stability, low toxicity, and the fact that fluorescence is triggered by excitation light, abolishing the requirement for adding a substrate as required for luciferases. GFP reporter phage was constructed by modifying the lambda phage to express the gfp gene, allowing specific detection of E. coli by fluorescence within 4–6 h. The T-even type phage PP01 has served as a specific reporter for E. coli O157:H7 in a similar setup. Detection of target cells by fluorescent microscopy is possible in 10 min after mixing the sample with the phage, and is not influenced by presence of non-O157:H7 E. coli cells.

The lacZ gene encoding β-galactosidase that catalyzed the hydrolysis of β-galactosides. With luminescent, fluorescent, or a suitable substrate, the reaction signal can be observed in a typical reporter gene fashion. The lacZ reporter phage was constructed by inserting the lacZ reporter gene into phage T4 for the detection of E. coli. After addition of a chemilunminescent substrate to phage-infected E. coli cells, they can detect down to 100 CFU/mL in pure culture within 12 h.

A less applied reporter phage involves the inaW gene. Its protein product, InaW, integrates within the bacterial outer cell membrane where it acts as a catalyst for ice crystal formation within a temperature range of -2oC to -10oC. The signaling endpoint for inaW is, therefore, ice crystal formation at supercooled temperatures. Wolber and Green inserted the inaW gene into Salmonella phage P22 to create the bacterial ice nucleation detection (BIND) assay, which can detect as few as 2 CFU/mL of Salmonella within 3 h in raw eggs, and 10 CFU/mL in samples with high background flora.

Another useful reporter gene is the sequence encoding the highly thermostable β-glycosidase CelB from the hyperthermophilic archaeon Pyrococcus furiosus, which can be used with a variety of different substrates to generate a measurable signal. An important advantage of this system is the possibility to eliminate the background activity of other enzymes present in the sample, simply by heating. When used with chromogenic substrates, the assay offers an additional advantage by generating a long-lasting signal that increases over time, in contrast to the transient signals produced by luminescence-based assays.

Key Advantages Including but Not Limited to:

We offer turn-key or ala carte services customized to our client's needs. Please contact us for more information and a detailed quote.