Phage display is a very strong technique that attracts increasingly attention in drug discovery and development. It serves a remarkably tool for studying the interactions between biologicals such as proteins and peptides, as well as small-molecule ligands. The feasibility to design repertoires of ligands from scratch and the rapid isolation of specific ligands make phage display advantageous in many applications, including development of enzyme inhibitors and selection of receptor agonists and antagonists, epitope mapping, peptidomimetics and antibody humanization. In conjunction with other methods, phage display has boarded its application into therapeutic target validation, drug design and vaccine development. 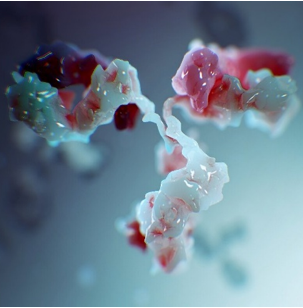 Phage display facilitates the development of ligands with regard to their size, valency, affinity, and effector functions. Tailor-made antibodies may be generated using phage display technology, which can be further optimized to acquire the desired affinity of binding and specificity for almost any target. More importantly, along with the improvement in the quality of large native and synthetic repertoires, phage display can coordinate with functional assays to identify bio-active ligands. The selection of antibodies and peptides from phage libraries has proven significant for routine isolation of peptides and antibodies. These peptides and antibodies can be used for in vitro and in vivo diagnosis and can serves as promising therapeutics for human disease. 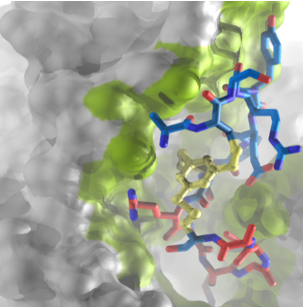 Knowing the epitope is very important for understanding the elucidation of immune responses and for the development and optimization of biological products such as diagnostic reagents and therapeutic antibodies. Current approaches for epitope mapping depend the presentation of antigen or parts of it so that it can bind to a certain antibody. Phage display allows the presentation of many different oligopeptides on the surface of phage particles. Thus, through biopanning process, peptide phage library can be tested against different antibodies, and phages carrying peptides mimicking the epitopes of antigen can be identified. 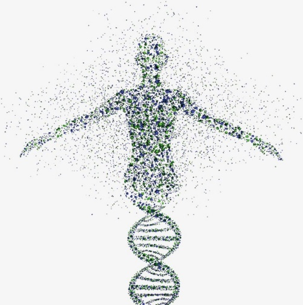 The humanization of animal-derived antibodies is an optimization process, which transfers the essential antigen-binding characteristics, typically complementarity-determining regions (CDRs), of a parental antibody to a human "scaffold" antibody. This process requires numerous variants to be tested, so that a humanized antibody with similar activity to the parental one could be generated. Phage display serve as a promising tool for the generation of diversity libraries that are large enough to encompass many of the framework positions for successful humanization. Humanized antibodies are then selected thought screening of libraries contain the parental or human residue at these positions. 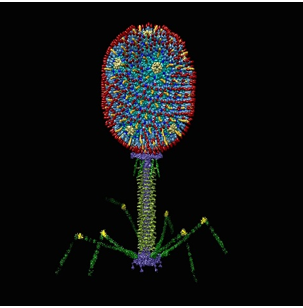 Phage display vaccines are created by expressing multiple copies of an immunogenic peptide on the surface of phage particles, which could elicit a powerful and effective immune response when administrated in vivo. Similar to its application in ligand selection, phage display is able to identify potential vaccine candidates from peptide libraries with high diversity. Phage display vaccination can incorporate with phage DNA vaccination, in which the vaccine gene is driven by a eukaryotic promoter within the phage genome. Phage or phage display vaccines provide a new insight to unlock novel approaches for treating bacterial and viral pathogens, as well as cancer diseases.

Although the concept of phage display is simple in principle, the selection of specific ligands from libraries displayed on the surface of filamentous phage has proven significant for diagnostic and therapeutic applications. Creative Biolabs has accumulated abundant experience in phage display technology. We are able to provide high-quality phage premade libraries, customer library construction and comprehensive biopanning strategies, thus making us the best partner with support in all aspects. Please contact us for more information.