Based on the characteristics of bacterial host specificity, easy proliferation and purification, and non-infected cells, phages have potential advantages over antibiotics. In order to screen phages that meet therapeutic criteria, the isolated phages need to be identified and characterized. Creative Biolabs can provide a wide range of phage identification and characterization services to help customers conduct more in-depth studies of phages.

Overview of Phage Identification and Characterization

The identification and characterization of phages are designed to ensure that they meet the requirements of the intended application. For example, when only one strain is used in the pre-isolation process and the intended target of infection is multiple strains or the selected isolate is intended for subsequent phage production, confirmation that the phage is active against any significant target strain is required, which is achieved through identification and characterization. Furthermore, only phages that do not contain genetic elements encoding lysogenicity, virulence factors, and antibiotic resistance have the potential to be used for phage therapy. After this, analysis of growth parameters such as adsorption rate, latency, burst size, and thermal and pH stability also helped to understand the obtained phages.

When developing phages as products, it is scientifically desirable to identify and characterize phages in as much detail as possible. The phage comes in contact with a sensitive host strain and binds to a specific receptor site to complete the adsorption process, which culminates in the synthesis and release of a new phage by replication and assembly within the host through the latency period. Therefore, adsorption rate and latency are important characteristic parameters to respond to the life cycle of phage, while phage lysis is the number of phages that can be assembled and released after lysis of each infested bacterium, responding to the potency of phages. In addition, thermal and pH stability analysis of phages is the basis for adjusting the range of phage production and applications. For example, the application of oral phage preparations presupposes that the pH range of gastric juice is sufficient to digest and release the preparation. 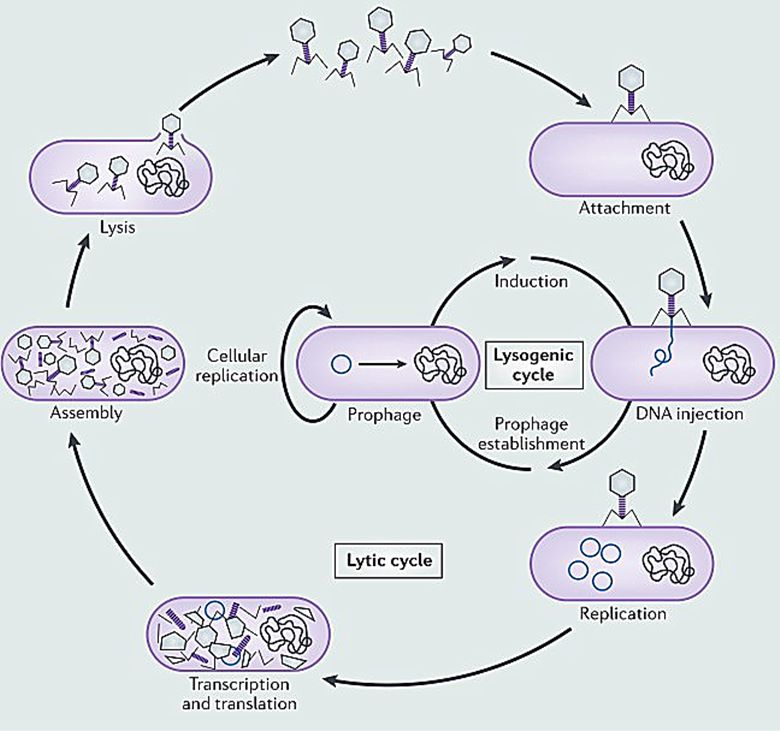 To further identify and classify phages, phage morphology should be examined. Observation with transmission electron microscopy can obtain the general classification position and corresponding possible information. For example, the coat of a tailed phage contains the dsDNA genome and can perform forced lysis of bacteria, while filamentous phages are less virulent and only perform mild infections. In addition, combined with the characteristics of members of the caecilio-virulence order that do not contain lipids in the capsid and thus resist chloroform, it can be inferred that the tested sample may be a phage that can perform virulent infection based on the combination of clear plaques and chloroform resistance phenomenon. Analysis of phage host range and susceptibility was performed by counting and observing phage plaques after incubation, which facilitates the determination of molecular mechanisms of phage-host interactions in an evolutionary context.

The phage genome is highly variable, with small size and the ability to frequently reorganize with the host genome. At the same time, phages are involved in and influence a variety of host life activities, including nucleotide production, amino acid pathways, and carbon metabolism, depending on the role of the multiple auxiliary metabolic genes (AMGs) they encode. Therefore, phenotypic and genotypic data of phages, especially genomic analysis, facilitate the study of phage genetic diversity, making it possible to elucidate the genetic genealogy and physiological mechanisms involved in phage-host interactions. Also, genomic sequence divergence analysis reduces the possibility of multiple isolations of the same phage strain. 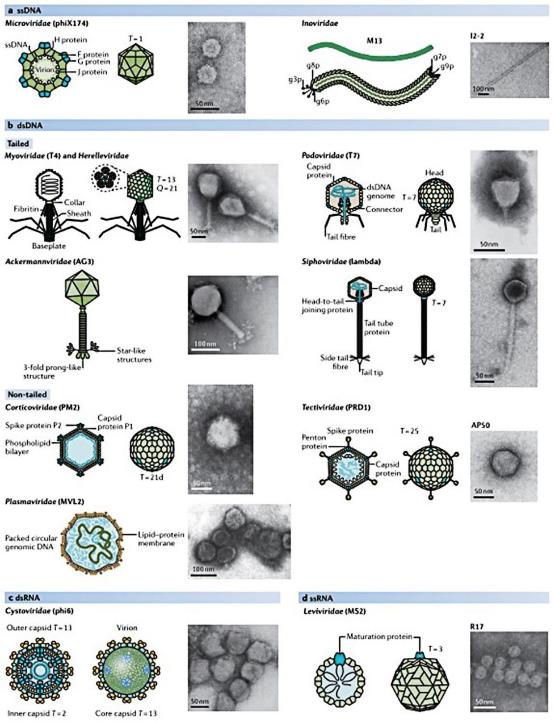 Fig.2 Phage classification based on morphology and genome type. (Dion, 2020)

Information on the biological properties of phages has been used as factual evidence for commercial use of phages, including their potential virulence, life cycle, and evolutionary history, which is the significance of performing phage identification and characterization. Creative Biolabs already has a well-established phage research team and technology platform to provide a wide range of phage identification and characterization related services to our clients. Please contact us to meet your needs.