Phages are viruses that infect bacteria and specifically recognize host cells. Phages can be genetically engineered to encode reporter proteins produced following infection. Inserting genes into the phage genome allows the reporter phage to infect specific host. Efficient phage infection results in the integration of the phage genome into the host cell. Reporter genes and their corresponding reporter proteins often generate easily measurable visual signals, such as bioluminescence, fluorescence, or colorimetric signals. A critical rule is that the reporter phage will carry but not express the reporter gene and that the reporter gene will only be expressed in the infected host. 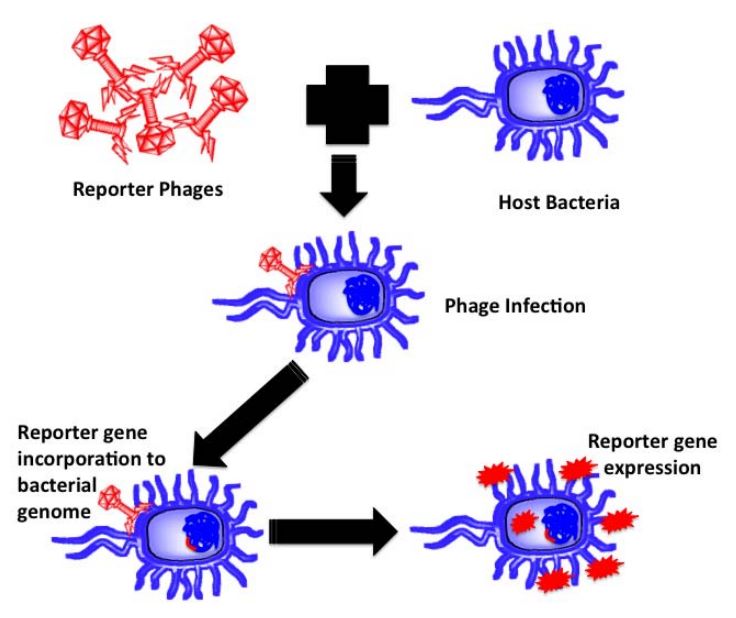 Fig.1 Principle of reporter phage-based detection of a pathogen of interest. (Singh, 2013)

The design of efficient reporter phages requires several principles. First, the phage must be capable of infecting or transducing the reporter gene into the target bacteria. Therefore, it is necessary to use phages that can broadly infect representative strains of the target pathogen. Second, suitable regions in the phage genome to allow the integration of heterologous reporter genes without disrupting infectivity need to be identified. In addition, it is critical to adjust reporter gene expression to ensure adequate production and subsequent detection of the signal. Finally, both the reporter gene and the detection method must be suitable for the target bacteria, expected microbial content, and sampling environment.

There are many advantages to reporter phage assays. Phages are highly targeted and restricted to metabolically active host cells, which replicate extremely rapidly. These advantages allow for near-online assessment of microbes. Furthermore, reporter phage assays are inexpensive compared to other molecular methods. Importantly, reporter phage assays do not require trained personnel and are easy to perform on-site. It has been reported that phages can not only rapidly detect pathogens, but also provide early estimates of the potential virulence of specific bacterial isolates from different locations.

Reporter phages have extremely broad application prospects in the field of pathogen detection. As a reputable and experienced supplier, Creative Biolabs specializes in providing a wide range of reporter phage detection services. Our services include but are not limited to:

With extensive expertise and a skilled technical team, we will develop a reasonable solution based on your unique needs. For more information, please contact us in time.