The growing problem of antibiotic resistance has drawn attention to phages as complementary or alternative treatments for bacterial infections. However, successful phage therapy still requires a deeper understanding and study of its biology and pharmacology.

Bacteriophages are viruses that parasitize bacteria. They were discovered as early as 1910, but only in recent years have attracted more attention and more extensive research. Although some lysogenic phages can inhibit the proliferation of specific bacterial groups through the lysogenic reaction, more virulent phages that can lyse bacteria are currently used in phage therapy. Such phages can break down bacterial peptidoglycan and directly lyse host cells through self-encoded endolysins. Research on phage therapy has been carried out for decades and can be divided into four major categories according to its specific application areas. 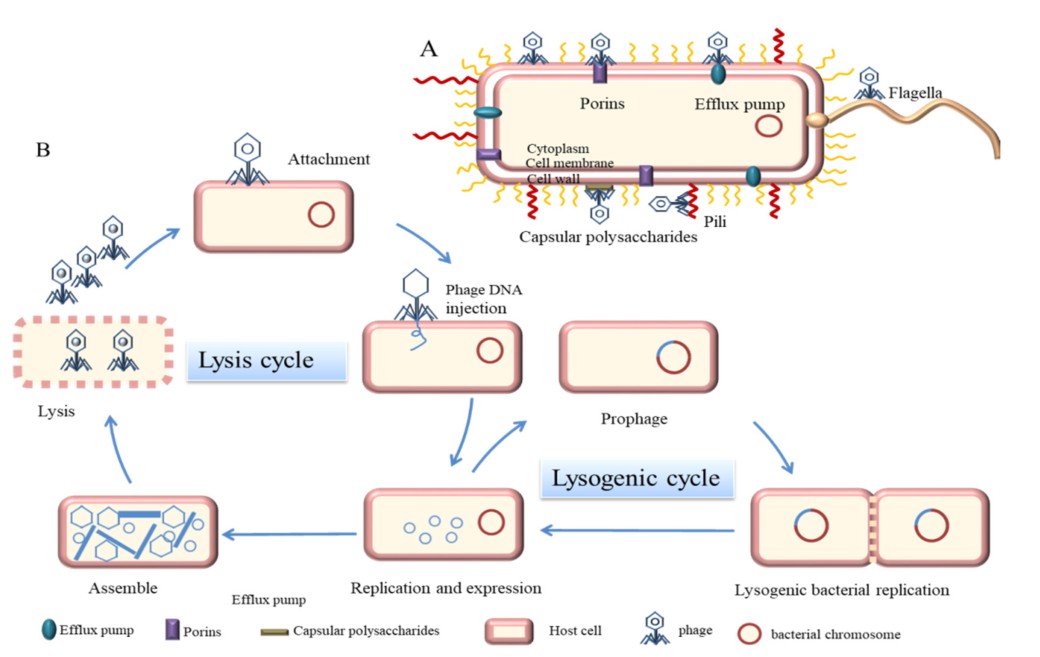 Using bacteriophage as a supplement or substitute for antibiotics to treat human infectious diseases is a very promising method. Phages can avoid too much impact on human flora, and the combined use of multiple phages can also avoid the birth of superbugs. Microbial pathogens that can infect humans and cause serious diseases include Acinetobacter baumannii, Pseudomonas aeruginosa, Enterobacteriaceae, Enterococcus faecium, Staphylococcus aureus, Helicobacter pylori, Campylobacter, Salmonella spp., Neisseria gonorrhoeae, Streptococcus pneumoniae, Haemophilus influenzae, Shigella spp., etc.

The extensive use of antibiotics as food additives in livestock and food processing has led to the prevalence of drug-resistant pathogens in the food industry. Such pathogens cause serious economic losses and greatly threaten human health. The use of bacteriophages to control pathogenic bacteria in the field of food safety includes reducing or eliminating the threat of pathogens in all aspects of food production, processing, preservation, and sales. The food processed by phage will not change its nutritional value or taste. Bacteriophage therapy in food safety mainly targets bacteria including Escherichia coli, Salmonella, Campylobacter, Listeria monocytogenes, Shigella spp., etc.

To date, more than 200 phytopathogens have been identified with the potential to cause significant economic losses, threatening the harvesting, storage, and transportation of crops, as well as human health. The use of antibiotics in agriculture is a risky move, as many strains that are otherwise insensitive to antibiotics can develop resistance and spread widely. Phage's narrow specificity and its ability to co-evolve with bacteria stand out from the many antibiotic alternatives. At present, research on important plant infections such as fire blight and black rot has been carried out. The plant pathogens targeted by these studies mainly include Pseudomonas syringae, Dickella, Trichoderma, Xanthomonas, Ralstonia solanacearum, Agrobacterium tumefaciens, Erwinia amyloliquefaciens, Pectobacterium, etc. 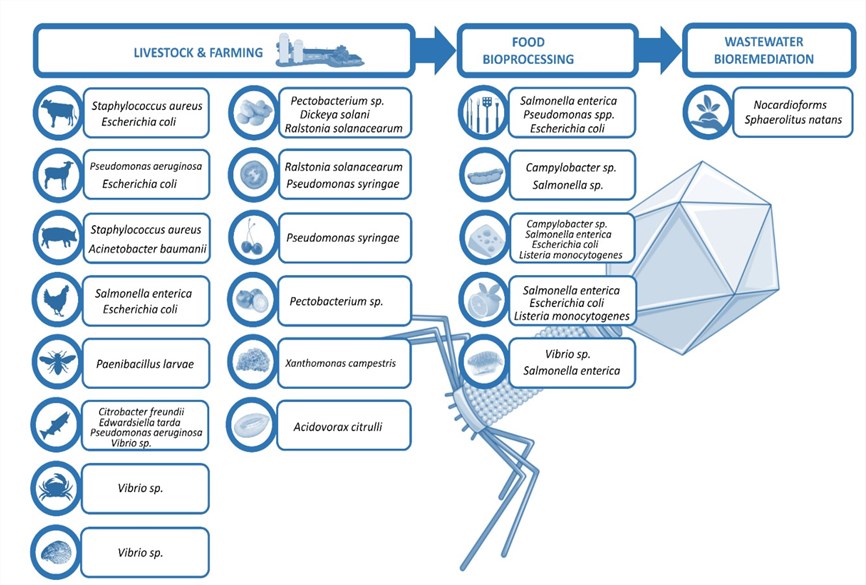 Because phage therapy faces certain ethical issues and potential biohazards, so far there are not many phage therapy programs that can be directly applied in real life. Although the isolation and purification of phages is a simple and rapid process, the process of characterization, evaluation, and investigation before a practical application is tedious and expensive, and the high plasticity of bacteria makes it difficult for phages with narrow recognition sequences to achieve a broad-spectrum antibacterial effect. For these reasons, only a few companies have launched dozens of approved and ready-to-use bacteriophage preparations that target animal, plant, and human pathogens and have achieved fairly good results in bacterial population control.

Fig.3 Orders for custom phage preparations by year and by strain. (Zaldastanishvili, 2021)

Creative Biolabs is looking forward to working with you as your most reliable phage research partner. Please do not hesitate to contact us for more information.