The detection of bacteria by phages can utilize phages that are genetically or physiologically enhanced in some way to perform specific detection tasks or phages that are maintained in their native state. At Creative Biolabs, in addition to pathogen detection services that rely on engineered phages, we also offer nature phage-based bacterial pathogen detection services to provide diverse options for your project. Our dedicated scientists will tailor a reasonable solution to your unique needs to advance your project.

For decades, phages have played a crucial role in identifying their target bacteria. Phages possess many attractive properties, such as inherent natural specificity, ease of use, and straightforward production, which make them particularly suitable for use as bacterial assays. Many phage assays rely on non-engineered phages that take advantage of the phage's natural infection cycle to form phage progeny and release newly produced phage.

Phage typing is a common method for identifying bacteria. The high affinity between phage and host allows the identification of unknown bacteria based on the type of phage to which they are susceptible. In phage typing assays, various types of phages with a known host range are applied to individually infect bacterial samples. If bacteria and phages interact, infection occurs, resulting in plaque formation induced by cell lysis. The source of the unknown host bacteria can be determined according to the statistics of the results of successful plaque formation by the phage.

The basic principle for phage amplification is that following an infection event, replicating progeny phages are released from a lysed host. Therefore, an increase in the number of phages is positively correlated with infection. At Creative Biolabs, a novel phage amplification assay was developed. In this assay, phages specific to the bacteria of interest are first added to infect host cells. Before progeny phage release, free phages are removed by adding a phagicidal reagent. The phagicidal reagent is then neutralized and some actively growing host cells are added to the mixture. After incubation, phages replicate within the initially infected target cells and are therefore released during cell lysis. Progeny phages can infect new cells leading to plaque formation. Thus, each plaque represents the target host cell in the original sample. 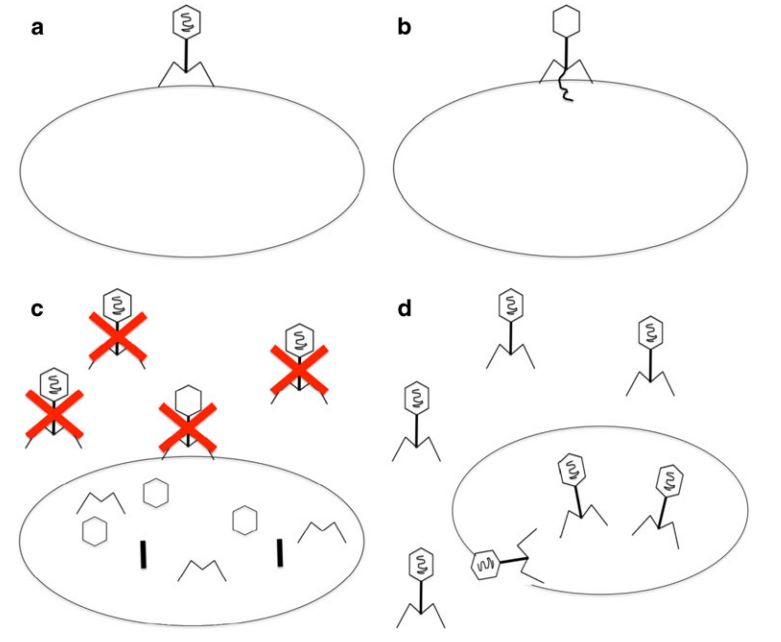 What Can We Do?

At Creative Biolabs, we have established a cutting-edge phage-based pathogen detection platform, including engineered reporter phage and non-engineered phage methods. We offer a variety of non-engineered phage-based detection services, including but not limited to phage typing assays, phage amplification assays, electrochemistry-based phage detection, and phage-mediated cell lysis. Our experienced scientists provide the best solution based on our clients' project needs. If you have any difficulties in nature phage-based bacterial pathogen detection, please contact us in time to obtain reasonable solutions and professional assistance.