Creative Biolabs is a recognized leader in CRO services for scientific research. Our team of scientists brings their expertise to help our clients tackle some of their pressing challenges.

Endotoxins, or more simply lysins, are phage-encoded enzymes capable of hydrolyzing the bacterial cell wall (CW) for synthesis at the end of the phage replication cycle. They are highly evolved enzymes that target peptidoglycan, a cell wall substrate. Lysins are typically monomeric proteins with two domains: the C-terminal domain of the binding peptidoglycan and the N-terminal domain of the hydrolytic activity. As the peptidoglycan is essential for containing the internal structure of the bacterium, a hole in the peptidoglycan irreversibly causes immediate hypotonic lysis. Lysins are commonly classified as glycosidases, N-acetylmycolamidoyl-L-alanine amidases (NAM-amidases) if they break any of the bonds in the sugar chain, and endopeptidases if they hydrolyze different bonds in the peptide chain.

Thin section electron microscopy of lysin-treated bacteria revealed that lysin exerts its lethal effect by forming holes in the cell wall through peptidoglycan digestion. Any disruption of cell wall integrity results in extrusion of the cytoplasmic membrane and eventual hypotonic lysis. These enzymes, called phage endotoxins, are responsible for the final lytic step, releasing progeny phages from host bacteria by attacking the bacterial cell wall and hydrolyzing the peptidoglycan layer. According to the modular structure of endotoxin, endotoxin has two independent functional domains, namely, the N-terminal enzyme catalytic domain (EAD) and the C-terminal cell wall binding domain (CBD), which are separated by a short linker. Phage lysins are usually species or subspecies specific and have a broader spectrum of action than phages.

Many endotoxins have been identified, characterized, and tested for their efficacy against various pathogenic bacteria. The present focus will be restricted to their use in the food industry against food-borne pathogens and newer developments reported lately. Bacteriophage lysins also have great potential against Clostridium botulinum (more than 10 lysins have been reported) and are a potential non-thermal alternative to control botulinum outbreaks. Another aspect that favors the use of endotoxin is the synergistic activity it exhibits when used in combination with other antimicrobial agents. The other aspect of endolysin use is as a potent antibiofilm agent. 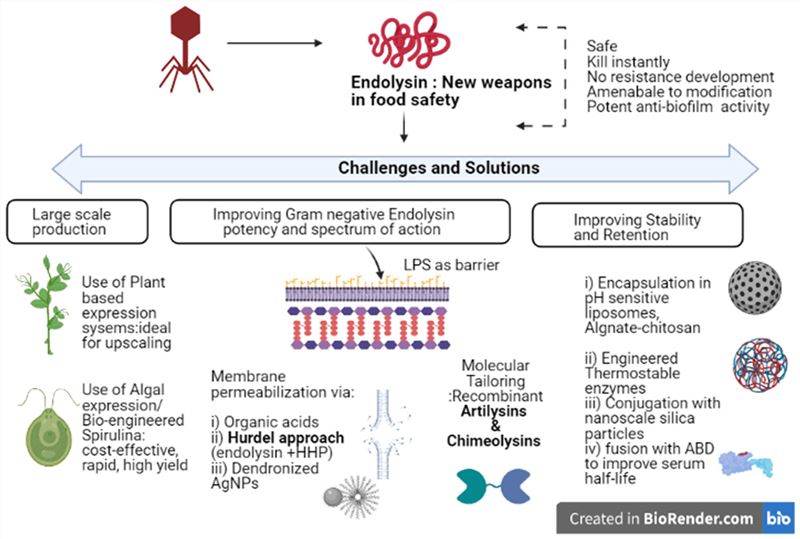 Fig.2 Diagrammatic illustration of the challenges and possible solutions toward the use of phage lysins in the food chain. (Xu, 2021)

Creative Biolabs has more than 10 years of experience in scientific research services. Our goal is to facilitate the advancement of scientific discovery and innovation by providing fast, efficient, and superior customer service to researchers worldwide. If you are interested in our phage-based services, please feel free to contact us for more.