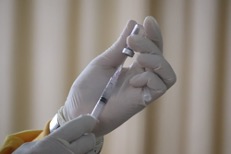 Lyophilization is a routinely used conventional formulation strategy of phage and phage lysin therapies. The spray-dried phages are applicable for the phage therapies of aerosol administration to treat respiratory infections. The process of lyophilization begins with the addition of the APIs to pure water and the addition of adjuvants, such as calcium gluconate, glucose, trehalose, sodium glutamate, peptone, casein, lactoferrin, etc., to the solution. The solution containing phage, phage lysin, or other nanoparticles is then rapidly frozen, and ice crystals of pure water are formed and separated, allowing the remaining liquid to freeze and concentrate. The following spray-drying process at low temperatures is aimed at removing the remaining adsorbed water. Our lyophilization service guarantees high titration and stability of phage and phage lysin, while avoiding the effects of desiccation and thermal stress.

Bacteriophages may be encapsulated in protective micro- and nanoparticles to avoid the influence of external factors on phage particles, preventing phage particles from structural damage, aggregating, etc., and effectively delivering to the site of infection to release phage particles. Polymer phage encapsulation is applied to orally delivered antacid phage and phage lysin therapies for the treatment of gastrointestinal infections, which can prevent active phages and phage lysins from the influences of pH, digestive enzymes, and digestive juices. Encapsulation of phages using polymers is typically performed by removing the solvent after emulsification so that the polymer-encapsulated phages are effectively separated from the solvent in the form of water-in-oil (W/O) oil-in-water (O/W). Homogenization and ultrasonication techniques can be used to break up the inner phase into droplets. Smaller phage microencapsulations can be produced based on our microfluidic and atomization nozzle technologies.

Liposomes are efficient vehicles for the delivery of phage and phage lysins, which are composed of phospholipid bilayers, enclosing an inner aqueous compartment. The liposomes can be designed for size, dispersity, charge, hydrophilicity, immunogenicity, and other properties depending on the purpose of drug delivery. Techniques of high-pressure membrane extrusion, microfluidization, and sonication are used to control the size and dispersity of liposomes. The surface of liposomes is modified to act as more effective therapeutics, such as attachment to ligands, hydrophilic polymers, positively charged polymers, and PEGylation. Besides, encapsulation of bacteriophages in electrospun fibres is a relatively advanced formulation strategy. 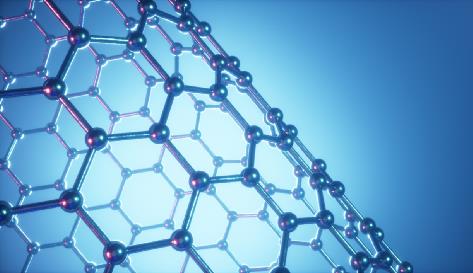 Creative Biolabs is a pioneering global contract development and manufacturing company. Our professional staff and equipment support you in designing, evaluating, and optimizing formulation solutions and assist you in manufacturing stable and safe drug products of phage and phage lysin. To learn more about our formulation development services, please feel free to contact us.